Alongside her writing, Cunningham works with the Major Crime Team MCT, and the Wanted/Absconder Unit at Sussex Police, and Crime radio at SpiritFM.  She is proud mum to Contemporary Artist Scarlett Raven http://www.scarlettraven.com,  and is owned by two dogs.

~~ CURRENT NOVELS
The David Trilogy – ‘The Penance List’ ‘Unfinished Business’ ‘For My Sins
A stylish, intense, at times wickedly humorous, sexy psychological thriller. Set amid the sordid glitterati underbelly of London, the leafy Home Counties and stunning Amalfi Coast.
WHAT happens when a scorned childhood sweetheart grows into a bisexual tour de force, when a fun loving, glamorous career girl and her racy girlfriends get caught in his revenge.
WHAT happens to high flying careers, clandestine affairs and wannabe starlets when the celebrity hungry press find out? Betrayal, revenge, murder?… and he’s just getting started!
BUT THEN, what happens when she’s had enough, stops running and gives him a taste of his own medicine?

A visceral account of the corruptive power of sex and one man’s murderous rampage.  S C Cunningham’s  David Trilogy ushers in a high-octant world of glamour obsession and pure evil in this summer’s most libitious thrillers.

Life for a select group of London’s glitterati is about to change forever. Their indulgent serenity will be torn asunder because of their unfortunate connection to a man called David. David will seduce them, ruin them and wreck the lives of their friends and family in order to satisfy his desire for revenge, at any cost. They will be lucky to escape with their lives.

David is a damaged idol, a vision of beauty and perfection that masks a dark heart and a tortured soul. Having been brutalised as child at the hands of his school headmaster, he has a distorted world view and a cold disregard for human emotion. He is also a sexual tour de force, bending his victims to his will through his salaciousness, while being consumed by an almost carnal need to exact his own brand of justice. Three Chelsea girls, a Premiership footballer, an ex-army chauffeur and an (in the closet) photographer will be his first victims in this warped quest to dominate those he meets.

S C Cunningham’s provocative novel The Penance List is a graphically violent examination of the indiscriminate nature of evil and the abuse of the power of sex. It’s a brave, terrifying and pulsating read fuelled by Cunningham’s first rate storytelling, astonishingly intense sex scenes and a throbbing, sinister tension. S C Cunningham’s own life experiences – she was twice crossed the path of a serial killer (thankfully unscathed) – afford The Penance List a level of authority and sincerity rare in fiction.  This is the first book in Cunningham’s The David Trilogy series, which will follow her captivating psychopath David as he stalks the movements of London’s showbiz class, offering an ambitious and exciting thriller set to inject new life into the fiction market. She exposes the baseless lives of Londoners captivated by fame and fortune and shows how easily anyone of us can be seduced by money, sex and celebrity. The Penance List will be followed by Unfinished Business and For My Sins, which complete The David Trilogy.

To find out more about SC Cunningham and ‘’The David Trilogy’ you can log on to www.thedavidtrilogy.com. 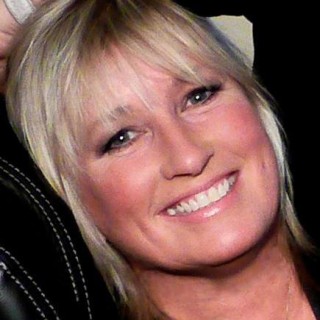